Want to know how to catch those elusive fish found in the lakes and waterways of the Wimmera then why not check out the latest full article by Trevor Holmes in the Welcome to the Wimmera Magazine. http://www.welcometothewimmera.com/blog

extract below: article by Trevor Holmes and published in link above.

BRAVE THE ELEMENTS FOR REWARD

With the onset of winter there’s a distinct transition in species throughout the Wimmera region whether it be in the rivers or the lakes. Trout become the targeted species for most with the rivers closing for the spawning and all the attention turning to the lakes. Native fish become relatively dormant until spring time and the reward for effort is outweighed by their absence. Redfin will be a option over the winter but also become harder to catch.

Our trout water I will cover below and keep in mind that most of them hold good numbers of redfin as well.

Located between Stawell and Halls Gap, Fyans is one of the most fishes locations throughout the region. Well known for its big brown trout and feisty rainbows it offers some great boat and bank angling options. Bait fishing produces many good fish here and Mudeye is the prime bait for both species as well as other live boats like minnow and gudgeon. Trolling or casting lures early and late in the day also puts some fish in the creek. Tassie devils are the best option here in gold, gold winged and brighter colours over the winter as spawning fish are aggressive and will take on most things presented they see as an intrusion. 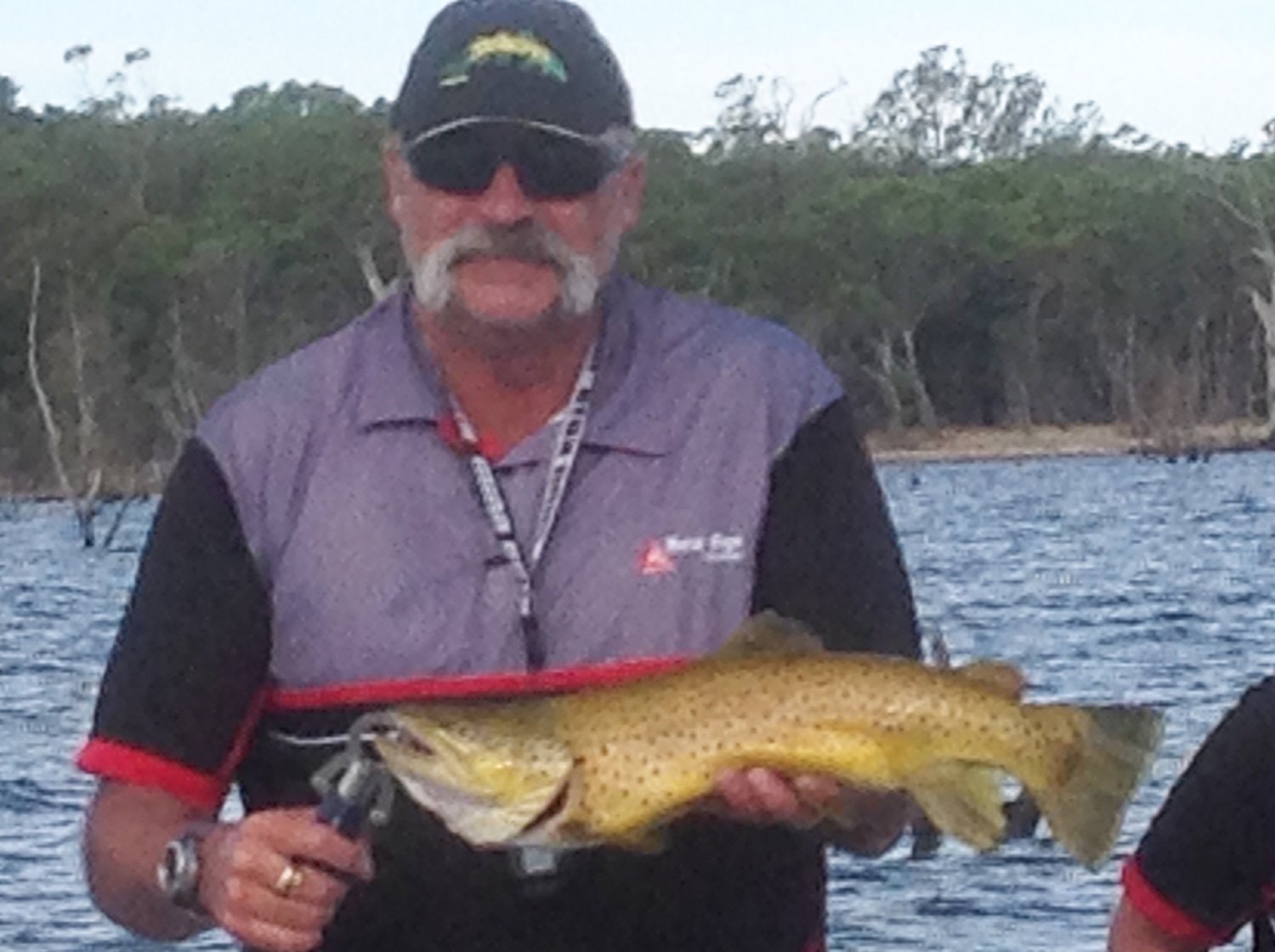