In Aboriginal culture, the Grampians National Park and the surrounding landscape is known as Gariwerd. Within this landscape, six distinct weather periods are recognised. These are known as the Gariwerd Six Seasons. (More information on the six seasons can be found at brambuk.com.au/gariwerdsixseasons.htm)

Petyan: the season of abundance and new life

Petyan is a time of great abundance for all. Migratory birds return to the area, while snakes and lizards emerge from their hibernation. Wildflowers and orchids burst into colourful displays.
Traditionally during this season Aboriginal communities would hold great meetings where legal disputes were settled. There was singing, dancing and corroborees.
Evidence of busy native mammals is common during Petyan. Holes and scratchings appear everywhere, as bandicoots dig for grubs and echidnas poke and prod for ants. Platypus lay their eggs in the banks of creeks and streams and Ring-tailed Possum young leave their mothers’ pouches, instead clinging onto their mother’s backs. 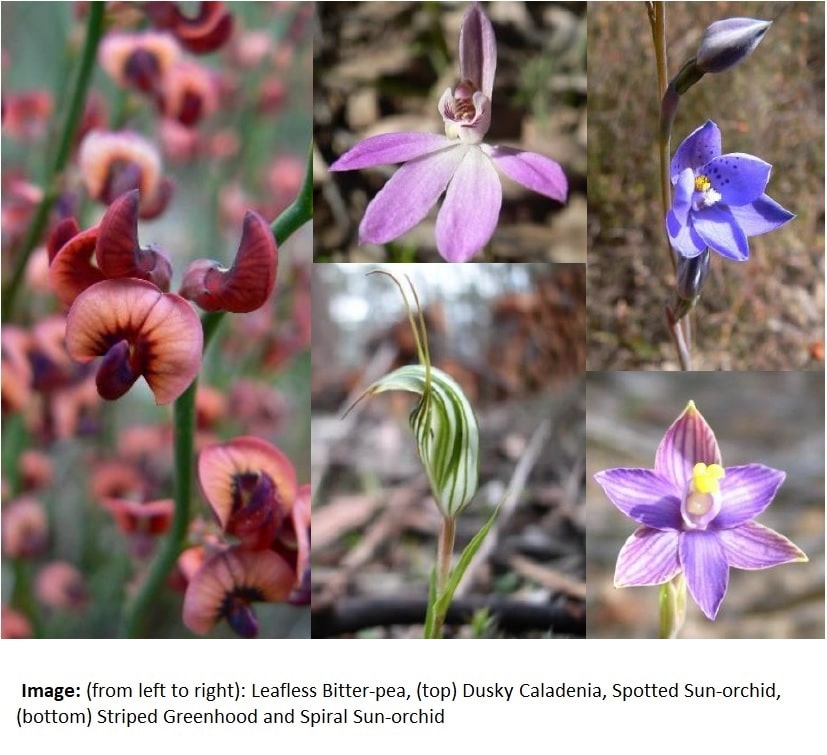 Did you know there are over 1000 species of flowering plants found in the Grampians area, 20 of which are found nowhere else in the world?
If you’re looking to experience the best of the spring wildflower displays there are a number of hotspots to visit. To enjoy the wildflowers from the comfort of your car, a drive along the Grampians Tourist Road between Dunkeld and Halls Gap will provide a good snap shot of colour. Keep an eye out for the impressive grasstree flowers along this road.
For those looking to enjoy the flowers by foot, the old township walk at Heatherlie Quarry or Lakeview Lookout from Sundial Carpark will provide a great sample of the diversity of flowering species found in the Grampians.
If you are interested in an opportunity to learn more about the local plant species, head to the Spring Wildflower Show at the Halls Gap Hub on the weekend of the 28th and 29th of September or the Pomonal Native Flower Show (presented by the Australian Plants Society Grampians Group) held on the Sat 5 – Sun 6 Oct. The show is held over two days, with flowers picked from private local gardens. Both shows are a rare opportunity to smell, touch and see up close samples of some exquisite species of wildflowers and orchids.